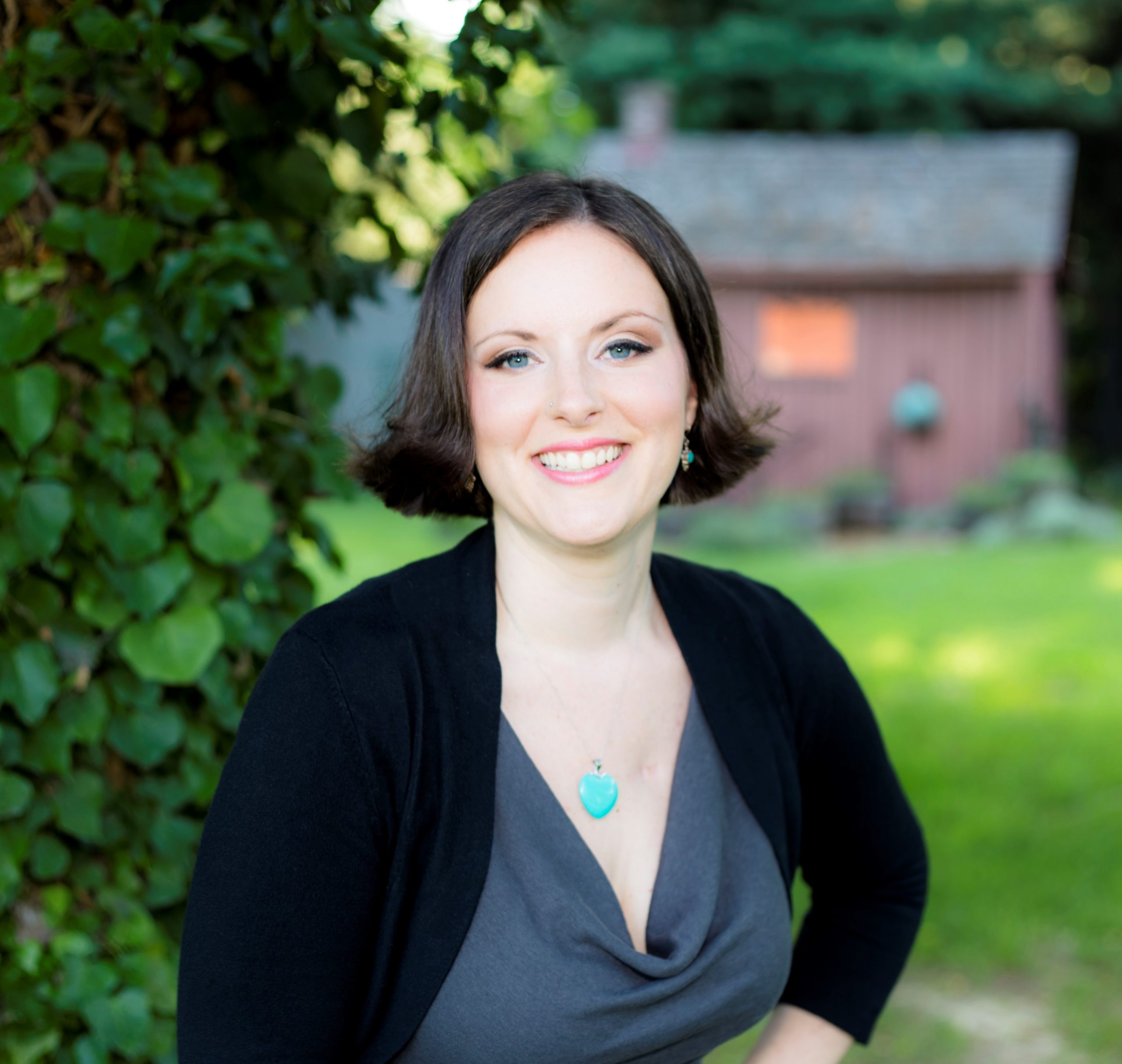 Today’s world is full of impulsive forward-thinkers, but supernatural author Amelia Cotter challenges us to examine our present surroundings and interactions. Is what you think you saw really just “in your head?” Or did you have a paranormal experience?

Cotter’s writing and poetry focus on history, folklore, and the supernatural. Her roster of books include This House: The True Story of a Girl and a Ghost, Maryland Ghosts: Paranormal Encounters in the Free State, and the children’s book, Breakfast with Bigfoot.

Her latest, Where the Party Never Ended: Ghosts of the Old Baraboo Inn, sheds light on the Inn’s haunted history and ghostly residents.

She’s appeared on Travel Channel’s Hometown Horror, as well as in the documentary Scary Stories. Cotter’s forthcoming book, the poetry collection apparitions, will be released this winter.

On a personal note, Cotter has served as my mentor and, this time, answers questions about herself. Read on to learn about Cotter’s encounters with hauntings and ghosts, as well as what goes on in her own headspace:

History
Q: In your latest book, Where the Party Never Ended: Ghosts of the Old Baraboo Inn, you painstakingly detail more than 150 years of the Inn’s history and explain it may have heightened paranormal activity due to its many former owners and location. Why are ghosts often attached to physical dwellings (instead of to their own family members or other human beings)?

“There are many theories about where and why ghosts haunt, and the most basic answer is: no one really knows. Some ghosts appear to be ‘intelligent’ and interactive with their environments, and others don’t. When it comes to haunted places, it’s thought that intelligent spirits can remain at or revisit locations that evoked strong emotions in them in life or around the time of their deaths – sometimes places they loved, and sometimes places where tragic events occurred. It is also believed that structures themselves can physically conduct, hold, or trap energy and replay emotions and events from the past over and over.”

Q: You mention the apparitions of former owners John and Rose Dombroski appear at the Inn and are proud of the current owner, B.C. Farr. Are ghosts like the Dombroskis considered past beings, since they embody their former selves, or are they present beings because they appear during present times?

“This is an interesting question. I suppose they, as living people, would be considered past beings, but their spirits, in whatever forms they might take, would be considered present beings. This is because the Dombroskis in particular are able to interact with and recognize individuals in real time. Ghosts that go bump in the night in the more traditional sense fall under the category of ‘residual hauntings,’ which include non-intelligent spirits that don’t seem to be aware they’re dead and trapped energy replaying itself without any sense of awareness at all.”

Hauntings
Q: Many paranormal experiences are portrayed as frightening, like in the horror and Halloween movies on TV right now. But many ghosts aren’t scary, like former schoolteacher Miss Mary in your book. Can friendly ghosts sense fear and will they leave if they think they’re scaring us?

“It’s true, most hauntings are fairly mundane and most ghostly encounters, even profound ones, involve small or subtle experiences that pale in enormity to how they appear on TV. It is thought that friendly ghosts can sense fear, in much the same way living people can empathize with the emotions of others, and will not reveal themselves to people they might scare to death (for lack of a better phrase). Similarly, ghosts in haunted homes sometimes just want attention or acknowledgment and will respond well to being told they’re frightening the living residents.”

Q: If we want to welcome other-worldly visits, how can we have more impactful and prolonged interactions with spirits?
“I personally do not relish the idea of living in a haunted house. Visiting haunted places and reveling in ghost stories is quite enough for me. I do, however, always keep an open mind and heart wherever I go in hopes of making a connection with someone or something. I suggest treating haunted environments with lots of respect and regarding the spirits as one would living people, especially if living in or working in a haunted place. Leave the ghost hunting gear behind and use your five (or six) senses instead. And be welcoming, but also careful to set boundaries.”

Headspace
Q: As a fellow writer, I understand how hard it is to stay on top of it all: your own writing, proposals, marketing, social media, press, website, and more. How do you stay organized without burning out?

“One of my great joys in life is making lists and crossing things off them, but I’m old-fashioned in the sense that I don’t have a thousand list apps across numerous devices. I have one daily list, a short-term goals list, and a long-term goals list, all in one-page Word docs. I get up early and spend two to three dedicated mornings a week knocking out big projects or planning social media posts, and then I groom my to-dos here and there along the way the rest of the week. This method helps me get big things done without setting the expectation that I’ll be insanely productive every day.”

Q: In your book, you speak on how paranormal encounters, like “ghost hugs,” can be overwhelming. What rituals do you rely on to quiet your thoughts during those types of experiences – and beyond?

“As Michael Scott once said, ‘I’m not superstitious, but I am a little ’stitious.’ Like I mentioned above, it’s important to be careful and set boundaries, and have some sense of spiritual or universal connection to grapple onto when it comes to dealing with this stuff. Sometimes it’s just overwhelming to hear, read, and write about death all the time or deal with the intense personalities of other people who are interested in the subject matter. Actual paranormal encounters are overwhelming but so, so, so cool. I borrow short prayers from different faiths to say before and after I visit haunted places, but the most important thing is the personal belief that you will not tolerate or be vulnerable to being intimidated or harmed.”

Finally, what are two truths and a lie?

“1. I once spent the night alone in the most haunted room of the most haunted house in Gettysburg, the Farnsworth House.
2. My husband Jonathan was struck by lightning while cave diving in a sinkhole in Mexico.
3. I’m pen pals with serial killer David Berkowitz.”

Stay tuned for the lie!