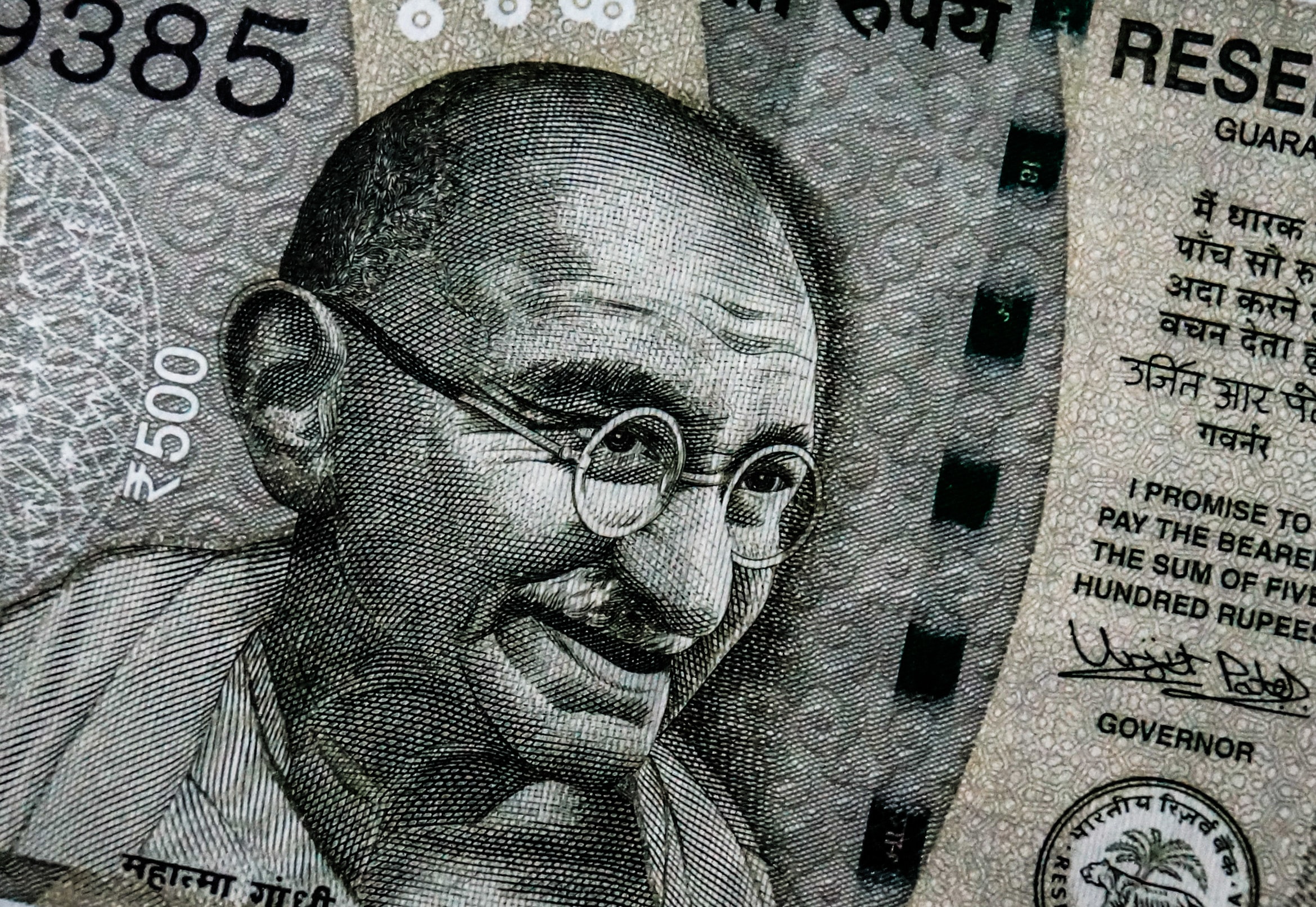 “The government of India is corrupt.”

Ask any passerby on the streets of India to confirm this, and they’ll agree.

Yet the statement, declarative as it is, in fact is old news that the people of India have known for a long time. Corruption, mainly through the form of bribery, infiltrates almost every sector at almost every level of government.

“The government’s inflexible attitude and double standards towards a genuine public aspiration are very disturbing for the people,” said Anand Mathur, a businessman based in Kolkata.

Even though corruption is rampant, those dominating current news as of late are not the public officials too often lured by greed and misappropriated power. Instead, spiritual figures, juxtaposing the notoriously dishonest, are currently headlining the fight for a fair and ethical government.

“Religious leaders are in touch with the population more than the politicians,” said Sri Sri Ravi Shankar, spiritual guru and founder of The Art of Living, who is a presence in the anticorruption campaign against the Indian government. “Religious and spiritual leaders want nothing for themselves, but they are just working for the betterment of society. And people see that.”

So true, now, does the saying ring that actions speak louder than words. The country, fed up with its politicians more than ever, is turning to spiritual leaders for guidance, leaders who have a proven track record that their work is driven by honesty, fairness and love for humanity.

Spiritual figures like Sri Sri, who prefers being called by first name, and the highly publicized anticorruption activist Anna Hazare are inclusive of those joining forces in a nationwide campaign for change, based off of one ideal: nonviolence.

“When the movement against corruption is through nonviolent means, then the government or institution in front cannot do anything. If our means are violent then the government has lots of power because it has police force,” stated Hazare. “In such a situation not only is there a threat to life of people but also loss to national property and our private property.”

Ashok Malik, a political columnist based in New Delhi, points out that while not a religious guru, Hazare’s Gandhian-inspired approach is influential very much in the spiritual sense.

“Anna Hazare has tapped into a spiritual appeal — renunciation, fasting, asceticism. This has made it difficult for the government to oppose him without appearing churlish,” he stated.

Since figures like Hazare are not championing any individual religious beliefs, they and the people of India are uniting by way of common spirituality, or general encouraged demeanor toward bringing peace back to the political state of the country.

However, Malik notes that even though the movement rests many ways on hope, very rarely has religion or particular doctrines impacted India’s political climate.

“India is a land of believers and religion is an enormous social phenomenon in this country,” Malik explained, “however [religion] has steered clear of influencing economic policy or decisions, and this includes choices individuals and groups make in respect to corruption.”

For this reason, figures like Sri Sri are traveling across India to address hundreds of thousands at “satsangs,” or public meetings, to encourage that good can overcome bad — that citizens gathered by way of spirituality can be a force to reckon with when in protest against the corrupt government.

And, while Hazare isn’t expressive of any religious sect, he is expressing that the peoples’ faith that legislation can and should change is a start to a new nation.

Earlier this year, Hazare gained international media attention when on indefinite fasts to call for legislative change. He and other anticorruption activists of the campaign are in the midst of calling for a revision of the Lokpal bill — initially drafted in 1968 but never passed, despite being reintroduced to the government multiple times.

The premise of the Lokpal bill is to establish a body of ombudsmen to whom complaints against corrupt officials can be filed. The verbiage, however, is riddled with loopholes, creating a piece of weakly worded legislation that proves virtually ineffective.

India Against Corruption (IAC) is a citizen-based committee of volunteers that is designed to oversee the revision of the Lokpal bill. The IAC’s revision of the bill is the Jan Lokpal bill, which aims to punish the corrupt within a maximum time frame of two years, and is an improvement over the current system, whereby ongoing investigations and cases can linger for decades.

“Jan Lokpal has to become a tough law,” said Hazare, “then large-scale corruption in the country can be stopped. Due to Jan Lokpal getting complete powers, corrupt people will go to jail and taken away money will be recovered.”

Currently, the Jan Lokpal bill still remains under debate with the Standing Committee of parliament. An article by Meetu Jain of CNN-IBN emphasizes the need for strong legislation against corruption as critical, and states that even the Indian government acknowledges the high numbers of offshore accounts that are home to the country’s amassed illicit funds.

According to Swiss bank reports, the article details that more than $1.5 trillion in black money is funneled overseas from India. If that figure is not astonishing in and of itself, the total means that India generates “more black money than the rest of the world combined.”

“Demands for bribes are experienced daily from government controlled agencies in issues of starting up a new business, among others,” stated Mathur.

Bribery, no doubt, is the toxin that greases the wheels of India, and individuals are left with little to no choice in paying agencies to perform the work they need done. Otherwise, as Mathur explains, to start up a business without bribing some sort of official or another would be near to impossible.

Still, there are ways to counteract bribery as a necessary way of life: Gautam Vig, an Art of Living teacher in New Delhi, explains that some of the nonviolent tactics taught to facilitate government work sans bribes include traveling to agencies in teams.

For instance, if a person needs a passport made, Vig and other volunteers will travel with that person to the proper agency. Once there, the group will declare that they are not going to pay a bribe and that they would like a passport produced.

If the group does not receive assistance, volunteers will then inform the officers that they will return every day until the work is completed.

“The officers, they get so taken aback. They know that [we] are very committed,” stated Vig, “so they do their work.”

The Art of Living volunteers also coordinate bike rallies and candlelight marches, and welcome participants to join at any time to raise peaceful awareness for the Jan Lokpal bill. The marches, as Vig describes, may begin with close to 300 volunteers and oftentimes end with more than 2,500 people.

Prior to these types of events, volunteers typically perform sudarshan kriya. The meditation sessions incorporate breathing rhythms and serve as a method to prepare protestors with a sense of mental clarity.

“[That really gives] that enthusiasm and that kind of confidence to carry this whole thing forward, so that gives the mindset to not give a bribe,” stated Vig.

Maintaining a patriotic attitude during protests is similarly essential in reminding citizens that they are part of a country, albeit an ill one, that can be nursed back to health.

“It is a challenge to maintain peace,” added Mathur, “however, it is an essential prerequisite in any democratic process that sanity and intelligence prevail over any dogmatic behavior. Very few countries have remained genuinely democratic when their masses have taken to armed struggle.”

Yet too often these days, religion is a misdriven vehicle used to promote individual agendas across the world.

“They are not honest to the cause of society. You see what is happening in Pakistan and in other places,” said Sri Sri of foreign leaders. “There are many religious fanatics who fuel the violence.”

Despite ongoing international warfare, the anticorruption movement in India demonstrates that peace and nonviolence ultimately triumph. With the help of the people, a monumental call for revised legislation is currently under way without national disbandment or bloodshed.

“The movement was done [on] the path of nonviolence, so the government did not get any opportunity to act and people of the nation supported it… crores of people came on the streets but not a single stone was thrown,” stated Hazare.

Still, India has a long way to go.

“We don’t want quick fix solutions. Any long-term solution needs dialogue and needs understanding,” added Vig. “Ongoing dialogue can only happen in a peaceful environment — a better sense of belongingment is there. Peaceful dialogue is essential for a long-term solution.”