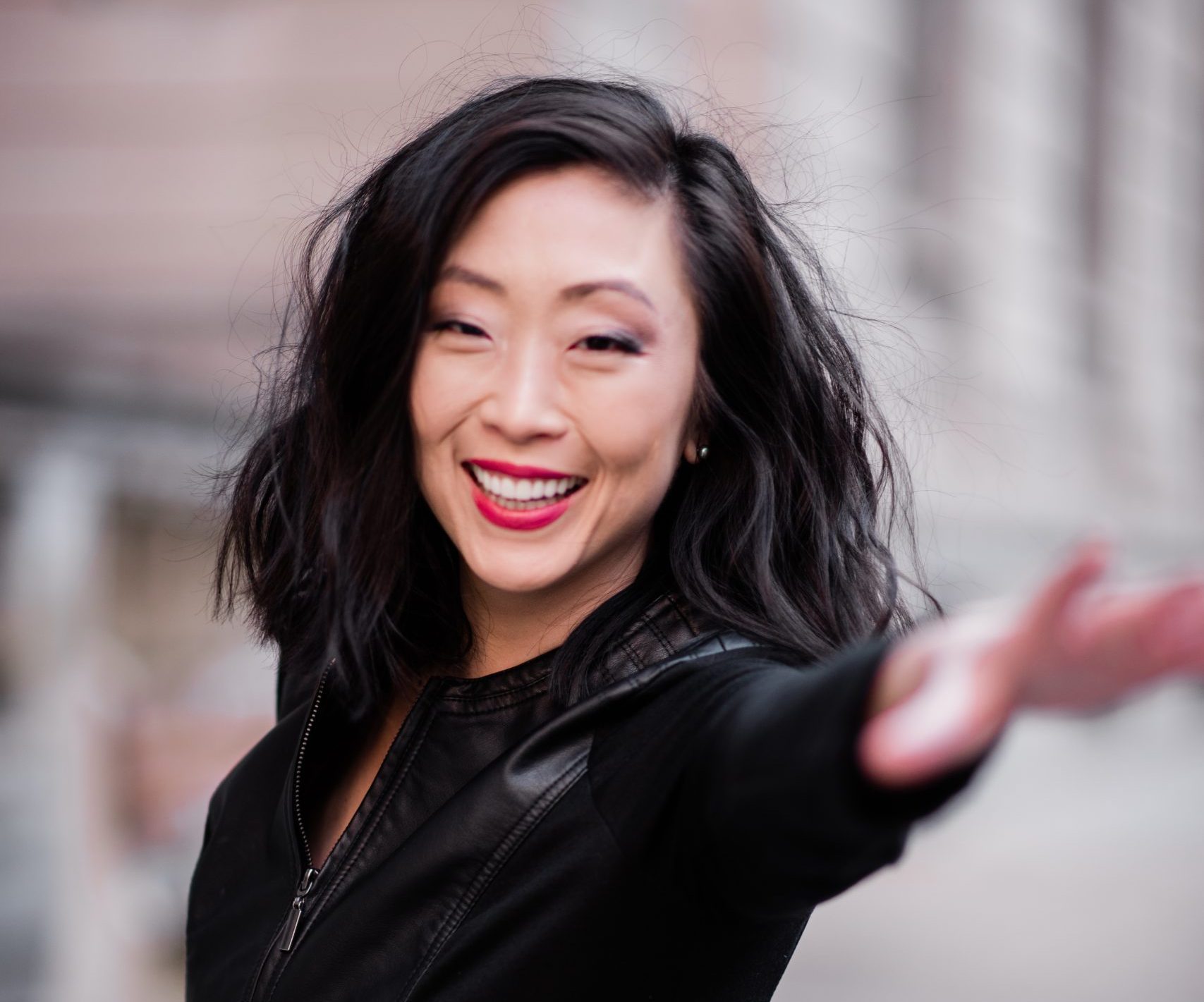 They say, “Do what you love, and you’ll never have to work a day in your life,” and I can’t agree more. If I had pursued a career in singing, I guarantee that I would never work… simply because no one would hire me.

In elementary school, my parents bought me a karaoke machine for my room to appease my love for singing. I was told that I could sing until my heart was content, as long as my bedroom door was closed. In all my glory, I did just that — I recorded myself singing Whitney Houston, Mariah Carey, and Madonna, and I flew through stacks of blank cassette tapes.

Later in high school, I became obsessed with American Idol. I would sing and have my friends rate my performance while I belted out falsetto after falsetto. My dear friend, Kevin, would listen to me and declare every time, “Lisa, Simon would yell.”

Since no one seemed to enjoy my love for the art, I gravitated away from singing and became attracted to one hobby I happened to excel at: writing. My teachers encouraged that I attend writing conferences, and I constantly received positive feedback on my essays, especially my nonfiction ones, throughout college.

Being a writer isn’t as romantic as it sounds, though. I’m not tucked away in a candle-lit cottage in a room of my own, sipping darjeeling tea while I dream up paragraph after paragraph. In fact, it’s quite the opposite. My mind takes a beating whenever I want to transform what I’m thinking into a logical string of thoughts that someone else might and hopefully appreciate.

My path toward writing wasn’t so easy, either. Three not-so-long years ago, I struggled to make a name for myself as a writer in hopes of testing out the gig as a full-time career. I simultaneously worked in publishing during the day, attended graduate school full-time during the evening, and then wrote a daily health column for NBC at night. I went to sleep at 3 a.m. and woke up at 7 a.m., and drank around nine cups of black coffee a day.

I’m not going to lie: the schedule was miserable, and my personal life took a beating. I took power naps during lunch in my car at work, I barely showered, and I never dated. I missed birthdays, baby showers, and holidays. I learned which friends supported me and I learned which friends needed me for their own benefit. (That one hurt quite a bit.)

Even though there were several times I wanted to quit writing, that specific period challenged me and taught me how far I could really push myself. I was, and I’d like to think that I am, somewhat good at writing. So, I continued to capitalize on every opportunity available to me to stay one step ahead of the competition while I found my niche, and I earned my accomplishments.

While you could say that writing interests me, I’ll tell you firsthand that I don’t always love it because it’s emotionally time-consuming. I’ve spent more than 18 hours on three-paged pieces I’ve had to trash, and there are times when I’m not mentally present because I’m running lines of copy through my head. When I’ve been on super tight deadlines, I’ve even eaten drive-thru fast food for breakfast, lunch, and dinner… for weeks at a time. (#DaveThomas? Your Wendy’s chili is phenomenal for any meal of the day.)

Now, I write because performing well makes me feel good about myself. I enjoy interviewing individuals and listening to their stories, and learning tidbits like why Patch Adams has a disdain for the media. It’s rewarding for me to be able to inform people while making them laugh by dropping in awkward jokes. All the while, I find it fascinating that diction and syntax can direct the tone and feel of a piece.

So, as graduates start hunting for jobs, I wonder what bit of advice would be the most honest and the most beneficial to them. If you were like me as a graduate, finding what you love and finding what you’re good at is an almost impossible match. Sure, I knew that I had to work hard and I never expected a corner office with a view. But, I thought that my dogged determination would lead me to a job that I immediately loved, not down a career path that made me question if I made the right decision.

For this reason, I have to wonder if we should continue to tell those forging an identity and a fledgling career to pursue what they love. I’m not too sure if that’s realistic. Instead, should we tell them to pursue what they’re good at? Maybe I’m wrong, but I don’t think that piece of advice would be any less rewarding.

When I’m a parent one day, I’m going to tell my children what I tell new graduates now, which is to love to work and to push through the times when you don’t love it. Nowadays, work is a concept society just doesn’t get — that it’s a privilege to work toward bigger and better goals, and to eventually earn your career.