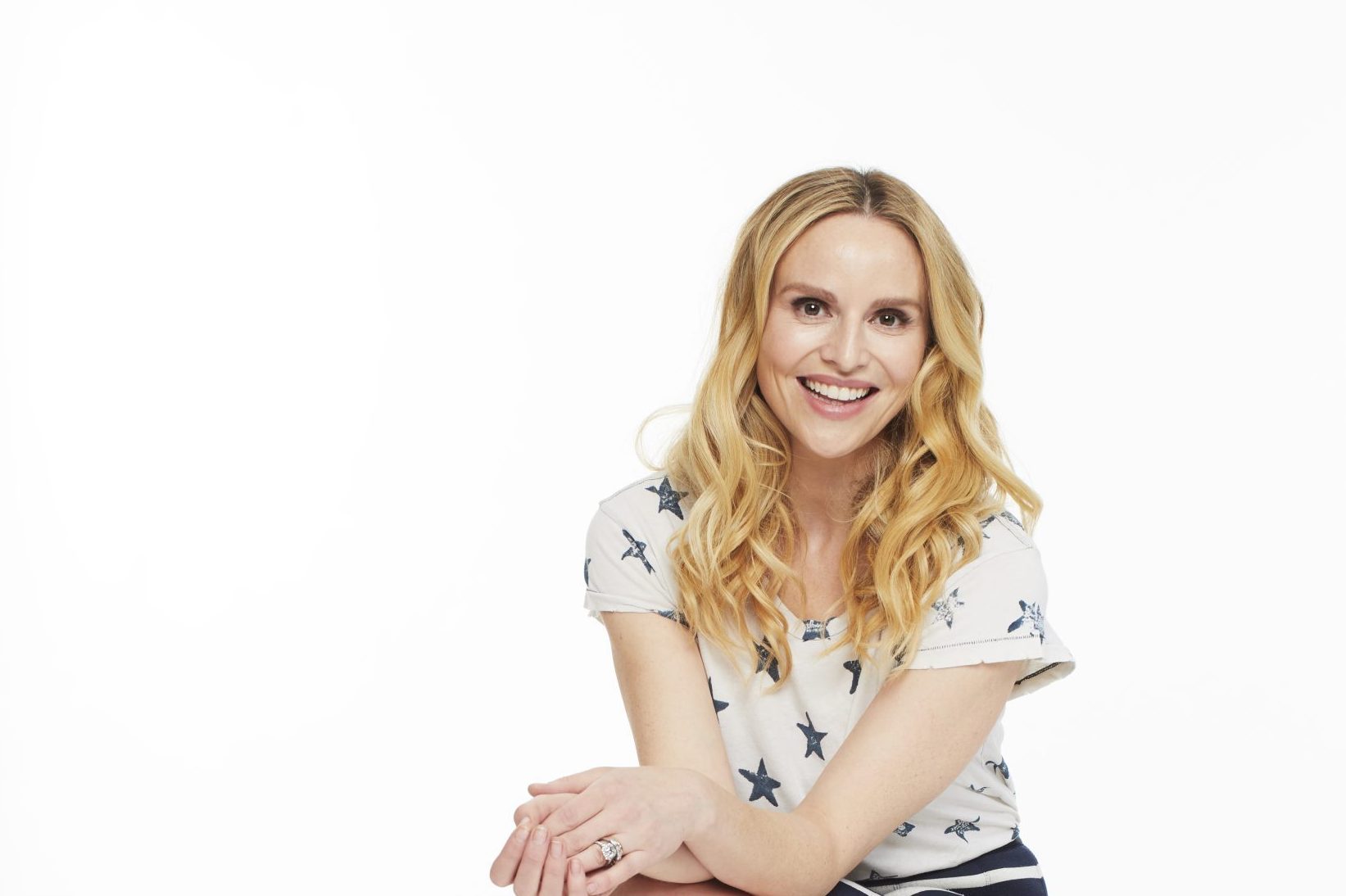 Meet the mother of all motherhood gurus, Rosie Pope. The former ballerina, model, and neuroscientist student is currently a successful entrepreneur and the name behind Rosie Pope Maternity and MomPrep.

She’s also the star of Bravo’s upcoming Pregnant in Heels, a reality show that follows her and some of her MomPrep clients as she assists them through their pregnancies. (Really, she’s truly Mrs. Jill-of-all-trades.)

Pope’s self-labeled Rosie Pope Maternity is a luxe line worn by celebrities, including Kimora Lee Simmons, Nicole Richie, and Ashlee Simpson. The line, which launched in the beginning of September 2008, swaps out drab, oversized maternity tees for a chicer look — think French tunics and silk flowy tops, instead.

In addition to Rosie Pope Maternity, the guru just recently launched MomPrep, a high-end studio that offers health seminars, fitness classes, one-on-one help sessions, and how-to-find-the-right-nanny courses, among other things, for expectant families under the convenience of one roof.

Pope explains that she first birthed the idea of MomPrep because, at the time, the idea of a one-stop shop was lacking for mothers, like herself, needing one thing — help.

“I wanted to be more of a lifestyle brand for new moms,” she said. “I felt that I could offer the types of things that moms needed.”

One of the main facets of pregnancy that Pope helps soon-to-be moms with is diet and exercise. As Pope emphasizes, exercise is important for expectant mothers for two very good reasons.

“Exercise makes you feel great, because you become very sedentary during your pregnancy,” she stated. “You also have to give birth, and labor isn’t an easy thing — the more in shape, the easier.  You’ll have more stamina.”

Pope explains that exercise increases energy levels, giving new and often sleep-deprived mothers the endurance to juggle the demands of a newborn.

“Moms who find the time to exercise regularly aren’t so tired,” she said. “It doesn’t mean you have to run marathons, just find a way to get your heart rate up and endorphins going.”

Even though every pregnancy is different, pregnant mothers can do most general types of exercises, including low-impact activities like biking or walking.  During Pope’s pregnancy with son J.R., she walked on a daily basis and practiced yoga in an attempt to keep fit.

“Concentrate more on biking and using the glider or walking uphill, as opposed to pounding away on the sidewalk,” Pope advised. “You don’t have to join an expensive gym. Walking is free and easy and really effective. You have to figure out what’s medically OK to do and what feels good.”

As a general rule of thumb, pregnant women should only gain about a pound a week, totaling 25 to 35 pounds in weight gain. Additionally, women should only consume 300 to 500 more calories per day when eating for two — a caloric total that’s surprisingly low.

So what types of foods should expecting moms eat?

“It’s really important to have a well-balanced diet across the board. Leafy greens, meat, fish, nuts, fruit, a little bit of everything,” said Pope. “Pellegrino along with almonds are great. I always have a little pack of almonds and a fizzy water.”

Even though a well-balanced diet is crucial, Pope advises MomPrep clients to back away from the likes of calorie-counting.

“This is the one time in most women’s lives that they feel like they can indulge,” she said. “Measuring out calories a day — this is not an enjoyable pregnancy. I think it’s really important to pamper yourself as long as you don’t eat Dunkin Donuts every day.”

Pope further advises that new mothers plan mealtimes and meals for themselves ahead of time, as they do with their newborn.

“Every mother gets really obsessed with their baby’s eating habits. You have to do the same with yourself,” she said.

Try stashing away take-out menus that have healthy options in a kitchen drawer, so that nutritional meals are always on hand, even when time is short.

In terms of post pregnancy exercise routines, the motherhood guru urges that women jump on the exercise bandwagon and just go for it. She recommends booking exercise classes in advance, so that new moms are committed to losing their pregnancy baby fat.

“Provided that everything’s healed, it’s important to dive back into it and not give yourself any excuses,” said Pope. “The quicker you lose the weight, the easier it’s going to be.”

She also confesses to the efficiency of multitasking, like after her own pregnancy:

“This is crazy — when I pumped milk I would try and do sit ups,” she said.

Pope, whose Pregnant in Heels airs the first quarter of this year, admits that she’ll stop at nothing to help pregnant women. Later this year, she plans to offer MomPrep classes to the public via online and open new store locations.

Why is Pope, herself a mother, so committed to helping out other women who are expecting the birth of a child?

“When you’re pregnant, someone is more important than you are,” said Pope, “it’s empowering.”

Remember to check with your physician before exercising while pregnant.